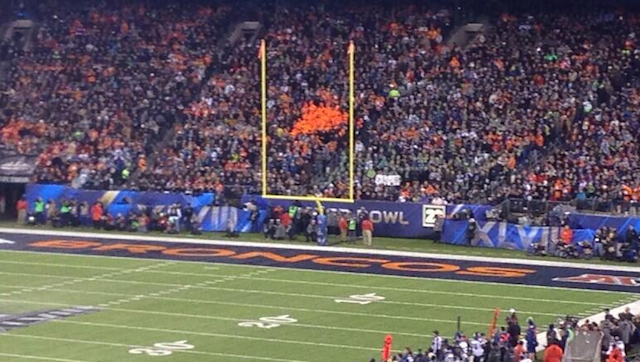 How many of you tuned into the Super Bowl on Sunday just to watch the ads? I certainly did! The Super Bowl is an exciting event for us marketers because it really showcases some of the best work in our industry. It’s expensive to run an ad during the Super Bowl and there are more eyes than ever, so there are always a few great brands that cut through the noise of everyone else. As social media evolves, it plays an ever-increasing important role for Super Bowl viewers, and brands are getting better and better at integrating traditional and digital media.

Here are 8 of the most talked about, viewed, or shared 2014 Social Media Super Bowl marketing campaigns:

Apparently, all SodaStream needed to make their ad go viral was to be banned from the Super Bowl. Is it because the ad featuring Scarlett Johansson is too sexy? Nope! It just happens to directly mention competitors who bring big dollars to the Super Bowl as sponsors. While I’m not a big fan of the creative here, I will admit that leveraging the Super Bowl ban was a great move for SodaStream. Moral of the story: Offend the Super Bowl gods to ensure your ad is a big hit on YouTube.

I love, love, love this non-Super-Bowl campaign. A growing trend for many companies that don’t have or want to spend the atrocious costs for a Super Bowl ad placement has been to take their ad online. And it works! They get a huge reach without the outrageously high media buy costs (but of course, you better have a great ad to make it work)! Newcastle Brown Ale has created a full Super Bowl campaign featuring ads with Anna Kendrick and Keyshawn Johnson on YouTube, a website (IfWeMadeIt.com), and social media accounts (check out Twitter hashtag #IfWeMadeIt).

Puppies and horses. Need we say more? Of course this ad has gone viral! Budweiser is fantastic at creating amazing advertisements that touch the hearts of its customers. They’re a great example of how you don’t always need to focus on your product; if you create great advertising that resonates with your audience, you can win the hearts and minds (and dollars) of consumers.

In what may be the coolest ad in the universe (literally), GoPro released its 30-second video of Felix Baumgartner’s free fall from space. The footage is shot entirely on GoPro cameras and gives viewers an incredible experience that awes and inspires. The full 8-minute long video has also been released on YouTube and has over 6 million views. This is also a great example of how advertisers can now get more bang for their buck with YouTube; a spot that was once only 30-seconds long and existed for one time viewing can now live on forever on YouTube, and be extended or cut to make multiple content pieces.

J.C. Penney had more fun than anyone at the Super Bowl. With tweets that appeared to be written after one-too-many, it turns out JCP was just #tweetingwithmittens. Other brands may have won this round with Snickers and KIA jumping in on the action. While the joke may have been a little lost on some Twitter users, it was still effective – even Good Morning America picked up on the trend!

This ad is definitely a favorite among viewers; it’s funny, relevant, and there is a clear connection between endorser Tim Tebow and the T-Mobile brand. T-Mobile also brought the campaign to social media, where Tim Tebow will be doing a Twitter takeover today.

Heinz is a fantastic example of integrating traditional and digital media. Not only did their Super Bowl spot incorporate a hashtag, they also created many corresponding graphics for Facebook and Twitter. They also released an extended version of their Super Bowl spot early on YouTube and have a photo sweepstakes “Show Us Your Heinz.”

Doritos went viral when their Human Doritos Chip appeared in the stands at the Super Bowl! Doritos delighted random strangers with tickets to the game and provided a once-in-a-lifetime brand experience for these consumers. What we really loved about the Human Doritos Chip was that Doritos broke the status quo and truly lived up to their bold branding. Watch the full ‘making of’ video here.

(I also liked their cheeky response to Kia’s ad).

.@Kia— More like, “The red bag or the blue bag?” pic.twitter.com/LJfgXWx0T4

What were your favorite Super Bowl marketing campaigns? I would love to hear them! Leave me your thoughts in the comments below.